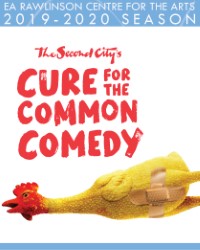 × And finally, live comedy with The Second City; a world-class entertainment company, continuing to produce premier talent in all three of its locations: Chicago, Toronto, and Hollywood! The Second City entertains more than one million audience members a year. From Steve Carell to Keegan-Michael Key, Stephen Colbert to Tina Fey, Chris Farley to Mike Myers, Second City’s imprint is all over film, television, and beyond!