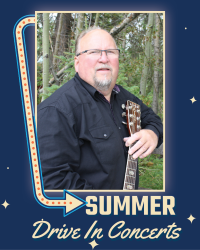 × Rod Gjerde has spent a lifetime singing and playing traditional country music. A singer, songwriter from Blue Heron, Sask. Rod brings almost 40 years of entertaining to the stage. He has earned 6 nominations from the SCMA for ‘Male Vocalist of the Year’ and has received recognition for his song writing from the SCMA.

From his early days on the road with his band ‘Cookson County’ to his countless performances across western Canada, Rod has played on bar room stages, had television appearances, played Craven Big Valley, plus numerous festivals. He had the privilege of opening for Charlie Major in 2019 and has produced and performed multiple Merle Haggard Tribute shows. Rod is involved with Prince Albert’s chapter of the SCMA (PACMA) and has performed in many shows with them.