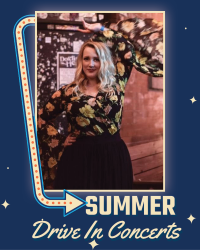 × Allyson Reigh is an award-winning singer/songwriter based in Saskatoon. Her original music has been featured in film, documentaries, television programs and commercials (most notably for Co-op in Western Canada, Full Frontal with Samantha Bee, CBC’s Workin’ Moms, and You, Me, and Her), played on national radio and international satellite radio, and sung by choirs in 6 countries. She has co-written songs with Royal Wood, Matt Barber, Murray Pulver, and members of the Good Lovelies and participated in songwriting workshops facilitated by Dave Bidini (Rheostatics) and Fred Penner. Her work in Rosie & the Riveters earned her a Western Canadian Music Award, a Saskatchewan Arts Board Award and an International Songwriting Award in the social justice category. For the last 7 years, Allyson was a full-time member of Saskatoon’s Rosie & the Riveters until they amicably disbanded in September 2020. The band’s final album, Ms. Behave, spent 18 weeks on the iTunes folk charts and was featured in both Rolling Stone and Billboard Magazines. Allyson lives in Saskatoon with her husband and 2 dogs, and teaches singing, songwriting, and stage performance to students of all ages and abilities.