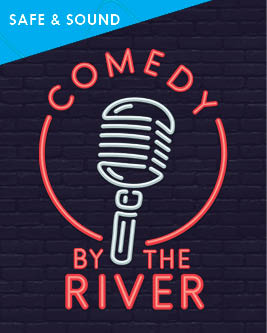 Comedy by the River

× COMEDY BY THE RIVER is bringing together three hilarious comedians to get you through at least one night in this deep, dark Saskatchewan winter. Headliner Kelly Taylor's racked up multiple TV appearances at the Halifax, Winnipeg, and Montreal Just For Laughs Festivals, and he's a three-time finalist for Canada's Next Top Comic, and has his own comedy special on the Comedy Network. Joining Kelly will be Dakota Hebert and Dylan Williamson.