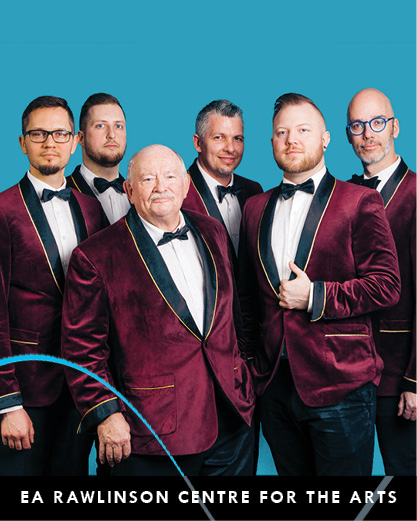 Formed in the summer of 2013, The Bromantics are a Saskatchewan six piece that perform a sensational tribute to the 50s. They also perform original music following similar chord progressions, while working within the parameters of the genre. In making use of warm brass instruments in combination with vintage guitar tones, and accompanying them alongside doo-wop style harmonies, The Bromantics are reviving the era with a youthful energy. They have recorded live sessions through Blue Door Studios, and in collaboration with Nyshe Media have released several videos that encompass exactly how they look and sound live. They are now in the process of writing a debut EP to be hopefully released in 2020. The Bromantics have been performing consistently since they formed and are only gaining more notice. The contagious genre of music, combined with their high energy stage performances has proved successful in creating a nostalgic atmosphere that also promises to have everybody twisting the night away!