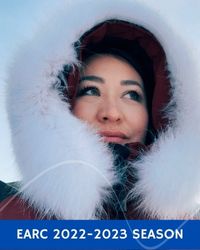 Diyet and the Love Soldiers

Diyet was born in a tent and spent her childhood on the ancestral lands of the Kluane First Nation people in Canada’s Yukon Territory. Coming from a family rooted in traditions but tempered with a good sense of adventurous hippie attitudes, Diyet has created a musical presence that is as diverse as her Southern Tutchone, Tlingit, Japanese and Scottish heritage.