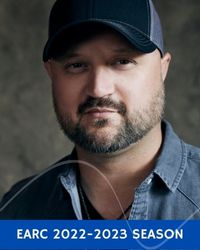 Oh yes, and yielded the bona fide anthem “Lonely Drum,” a double-platinum, global juggernaut that continues to pull ecstatic fans into its orbit, including radio host Bobby Bones, who championed the track on his internationally syndicated show.

And now, there’s the exhilarating Lucky Stars. Co-produced by Grammy Award–nominated Matt McClure with Goodvin alongside an esteemed lineup of collaborators, the new EP is that rarest of things: familiar yet completely new. And very, very ambitious.

Goodvin has just wrapped up a 14-city US tour and is ready to hit the road for a jam-packed 2022 with Canadian and additional US dates.